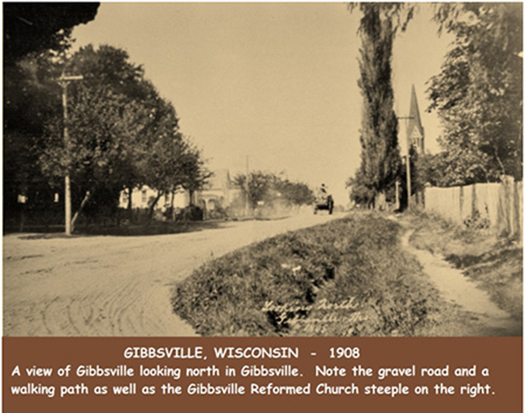 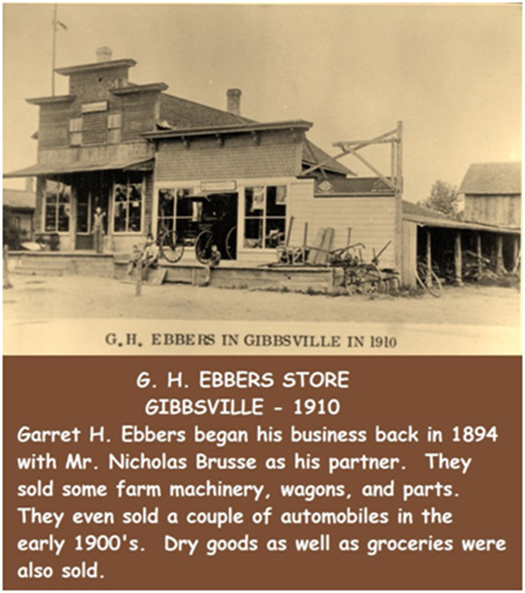 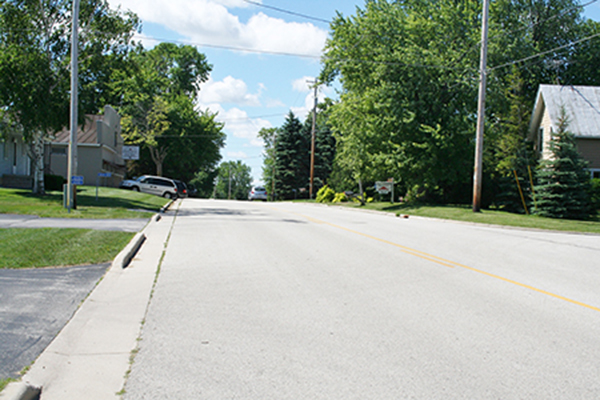 Looking South in Gibbsville, the General Store in the photo was originally
the Ebbers Store, where you could trade eggs for staples and
order farm machinery out of a catalog. 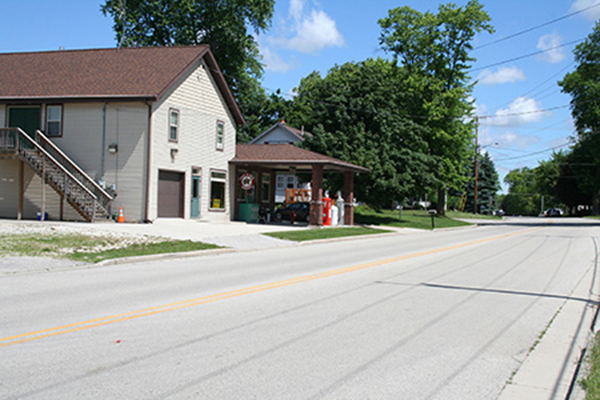 This building on Hwy. 32 in Gibbsville was once a Blacksmith Shop.
It later became  Heinen & Bruggink, a Chevelot  dealership and Oliver Farm Equipment  Dealer. Later it became Gibbsville Implement, a White Farm
Equipment Dealer  until they relocated to Hwy. 57 by Waldo.
It currently is owned by Gibbsville Cheese and is used for storage. 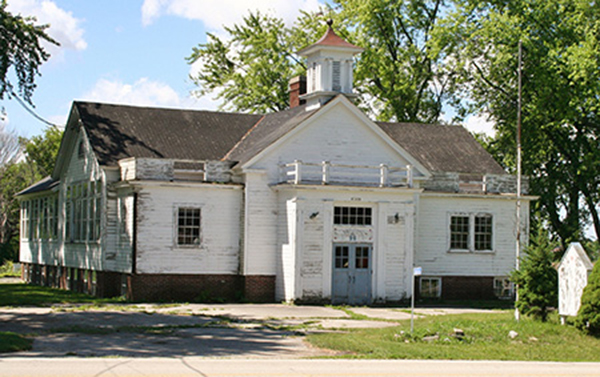 Gibbsville School was a 3-room school that served the Gibbsville area until the
late 1970’s. The Oostburg School District then sold it to the Gibbsville Community
for $1.00 and it became a Community Center.
In 1990 after the new Gibbsville Park was completed it was sold. 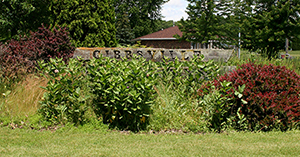 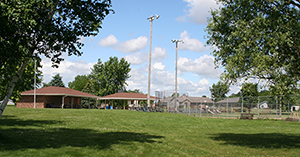 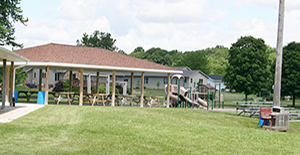 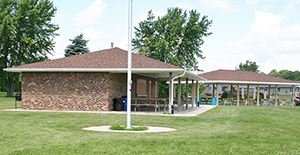 Gibbsville Park was orginally constructed in 1990 and is open to the public.

Gibbsville Reformed Church was established in 1856 by Dutch Immigrants.
The current church was constructed in 1967 with additions being added in 1990. 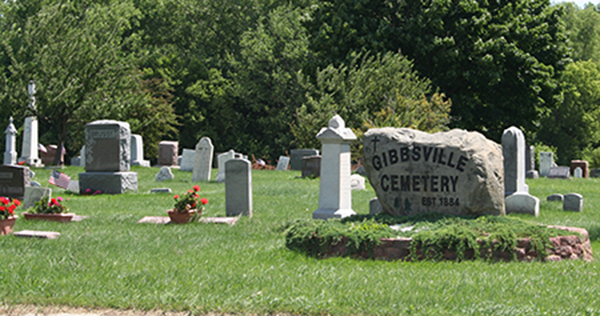 Gibbsville Cemetery was established in 1884 and is located on State Road 32
by the intersection of County Road W. 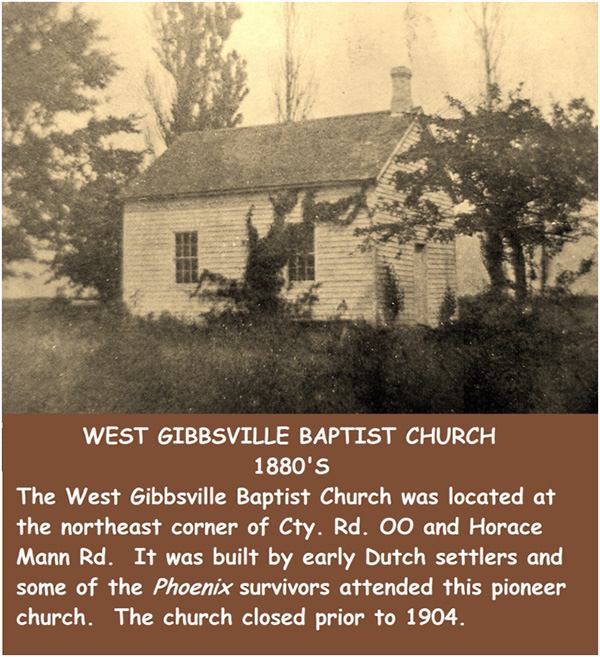